At least 7 stabbed at protest outside California Capitol CLICK

California Highway Patrol Officer George Granada said about 30 members of the Traditionalist Worker Party were gathering for a rally around noon Sunday when they were met by about 400 counter-protesters and a fight broke out.

As people tried to leave the area, smaller fights broke out, Granada said. He said no arrests had been made as of Sunday afternoon.

The Southern Poverty Law Center has described TWP as a group formed in 2015 as the political wing of the Traditionalist Youth Network, which aims to "indoctrinate high school and college students into white nationalism."

Matthew Heimbach, chairman of the Traditionalist Worker Party, told the Los Angeles Times that his group and the Golden State Skinheads organized the Sunday rally. Heimbach said that in the clash, one of their marchers had been stabbed in an artery and six of the counter-protesters had also been stabbed.

Vice chairman Matt Parrott, who was not present at the Sacramento rally, blamed "leftist radicals" for instigating the violence.

Each year, thousands of meth labs are sold to unsuspecting buyers who have no idea that the home's surfaces, insulation and carpeting may be steeped in poisonous substances.

Clicking on your state will reveal a list of known contaminated properties and addresses.

Jorge Field of ICE Enforcement and Removal Operations makes his way to an Aug. 12 raid in Riverside. On Monday, authorities said more than 240 people across Southern California were taken into federal custody last week after a four-day sweep for immigrants with criminal records in the country illegally.(Irfan Khan / Los Angeles Times) 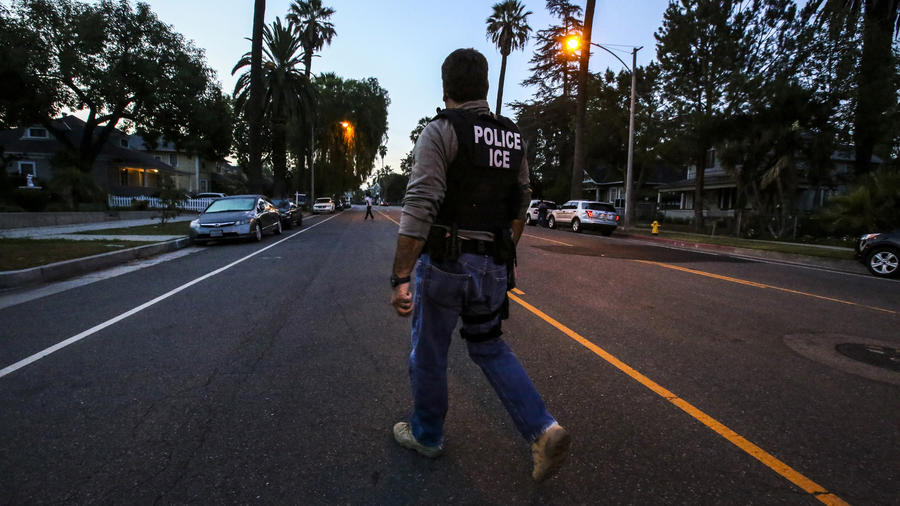 More than 240 people were taken into federal custody last week across Southern California after a four-day sweep for immigrants with criminal records in the country illegally, authorities announced Monday.

The enforcement action ended Thursday with 244 foreign nationals in the custody of Immigration and Customs Enforcement — the majority of them with at least one felony conviction on their record, authorities said.

It was the most successful four-day sweep of its kind in the region, ICE said. But an ICE spokeswoman cautioned against concluding that crime involving immigrants is up.

“One of the challenges we’re facing is because of state law and local policies, more individuals who are potentially deportable with significant criminal histories are being released onto the street instead of being turned over to ICE,” agency spokeswoman Virginia Kice said. “I think to infer from [the sweep] that potentially foreign nationals are committing more crimes is flawed.”

Among the people captured, 191 were from Mexico and the rest were from 21 other countries including France, Ghana, Peru and Thailand, the agency said. A majority of them had convictions for violent felonies or weapons or sex abuse charges.

The rest had past convictions for “significant or multiple misdemeanors,” ICE said in a news release.

Not everyone captured in the sweep was in the country illegally, Kice said. Some are documented nationals who may be deported because of a recent crime.

In the past, it was easier for ICE agents to locate and deport immigrants who had been convicted of crimes. The agency would contact local jails and ask that such inmates be held until an ICE van could pick them up.

But last year, a federal judge found that practice illegal, prompting hundreds of counties to stop honoring the detainer requests. As a result, ICE officials say they have to rely on costly and dangerous manhunts or multiday sweeps like the one conducted last week.

The sweep was led by the agency’s National Fugitive Operations program, which finds at-large criminals for deportation.

Originally formed to locate immigrants who had failed to comply with a judge's deportation order, the program is increasingly being used to find immigrants with criminal convictions who have recently been let out of jail. Of the more than 27,000 people whom ICE arrested nationwide last fiscal year, which ended Sept. 30, 2014, about 78% had criminal convictions, according to ICE data.

Among those captured was Vincente Onofre-Ramirez, 35, who authorities say was convicted in 2002 of sexual abuse with force in New York.

But not everyone arrested in the sweep was a violent felon. Those who have not been deported before and found to have illegally re-entered the country or aren’t facing new charges will have an administrative hearing with a judge. 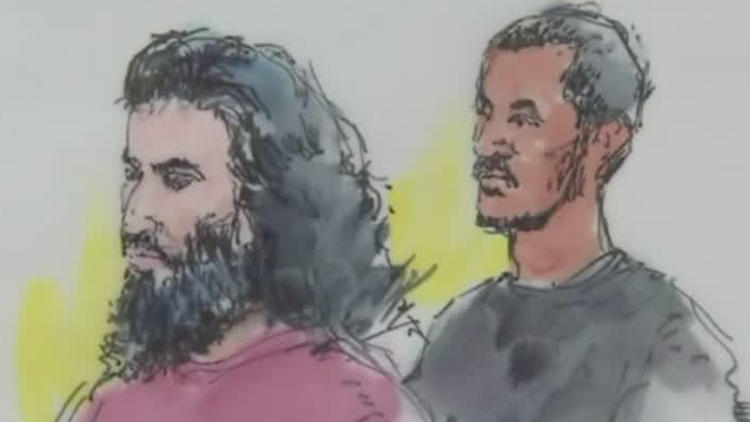 A federal jury in Santa Ana convicted two men of conspiring to help Islamic State militants in Iraq and Syria, with one of the men trying to board a plane to the Middle East.

Nader Elhuzayel, 25, and Muhanad Badawi, 24, both residents of Anaheim, were convicted after a two-week trial that detailed their efforts to join the terrorist group, including their recorded pledges to “fight for the cause of Allah and to die in the battlefield,” according to court papers.

The jury deliberated for just over an hour before handing down the verdict.

“These convictions are a message to those who aim to travel to take up arms with (Islamic State) and to those who support them — the FBI and our partners are determined to thwart your efforts,” said Assistant Director in Charge Deidre Fike, head of the FBI’s office in L.A.

A message from Nan Lesnick, Chair

Ready and Willing.   With renewed energy and commitment, we have an opportunity over the next few years to work together as a united party and turn around Monterey County. We believe good governance starts at the local level and making Republican candidates and causes competitive. The Monterey County Republican Party focuses on local issues and puts forth candidates who adhere to our conservative principles and are responsive to the best interests of our community we proudly call home.

Our Party has faced many challenges over the last election and it will take time to revitalize our efforts. By working together and utilizing the resources we have available to us, we will see improvements. The strength of our party is a combined effort of volunteers, donors and putting forth our ideas of lower taxes, smaller government, personal responsibility and a strong national defense.

I PLEDGE ALLEGIANCE TO THE FLAG
OF THE UNITED STATES OF AMERICA
AND TO THE REPUBLIC FOR WHICH IT STANDS
ONE NATION UNDER GOD, INDIVISIBLE
WITH LIBERTY AND JUSTICE FOR ALL
"OLD GLORY IS HALLOWED BY THE BLOOD OF THE INNOCENT
RIGHTEOUSLY  SHED ON THE BATTLE FIELDS OF HISTORY
MAKING RIGHT THE POWER OF MIGHT
NATION WITHOUT END, AMEN"
WRITTEN BY JOAN STOYKOVICH NELSON©
StoykovichTeaPartyRightsPAC